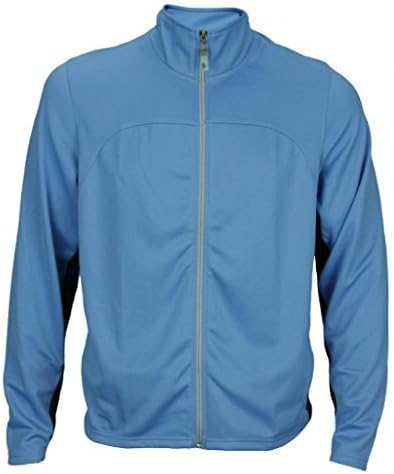 This Lightweight Runners Jacket is a zip up technical jacket designed to provide coverage and comfort during your work out. Features a zip front with high collar, contrast insets along front and back, and side pockets for item storage.